One of the biggest hardware overhauls this year!

Native Instruments have revealed a brand new version of the Maschine controller and Komplete Kontrol keyboard.

The most obvious update on the MK3 is the layout with the addition of two full-colour LED screens and all the buttons being much larger than previous versions along with new functionality buttons. 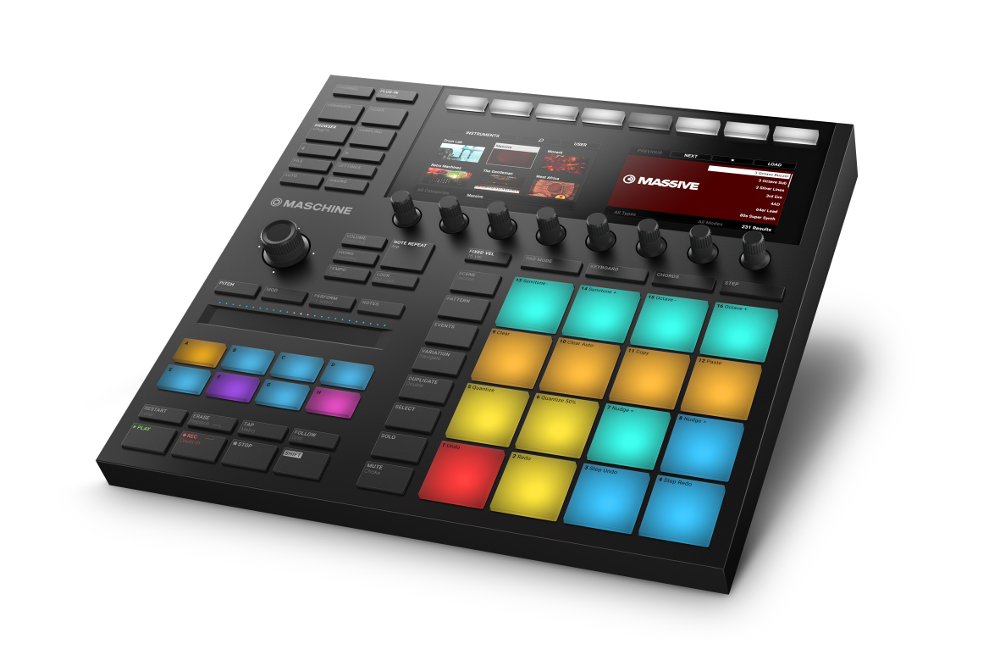 The MK3 now also features a built-in 96kHz / 24-bit audio interface, MIDI in and out, one-fourth dynamic mic input and line outputs and inputs; this is a massive deal as previous versions had plenty of MIDI connectivity but no audio I/O meaning you could not connect direct to your speakers – now you can!

Next up the Komplete Kontrol MK2 Keyboard which may not have undergone a major redesign however you will notice the new colour screens!

The Maschine MK3 and Komplete Kontrol MK2 keyboards will be available on 5th October 2017 via Native Instruments website.