SideTrak Records Join Us For A Catch Up 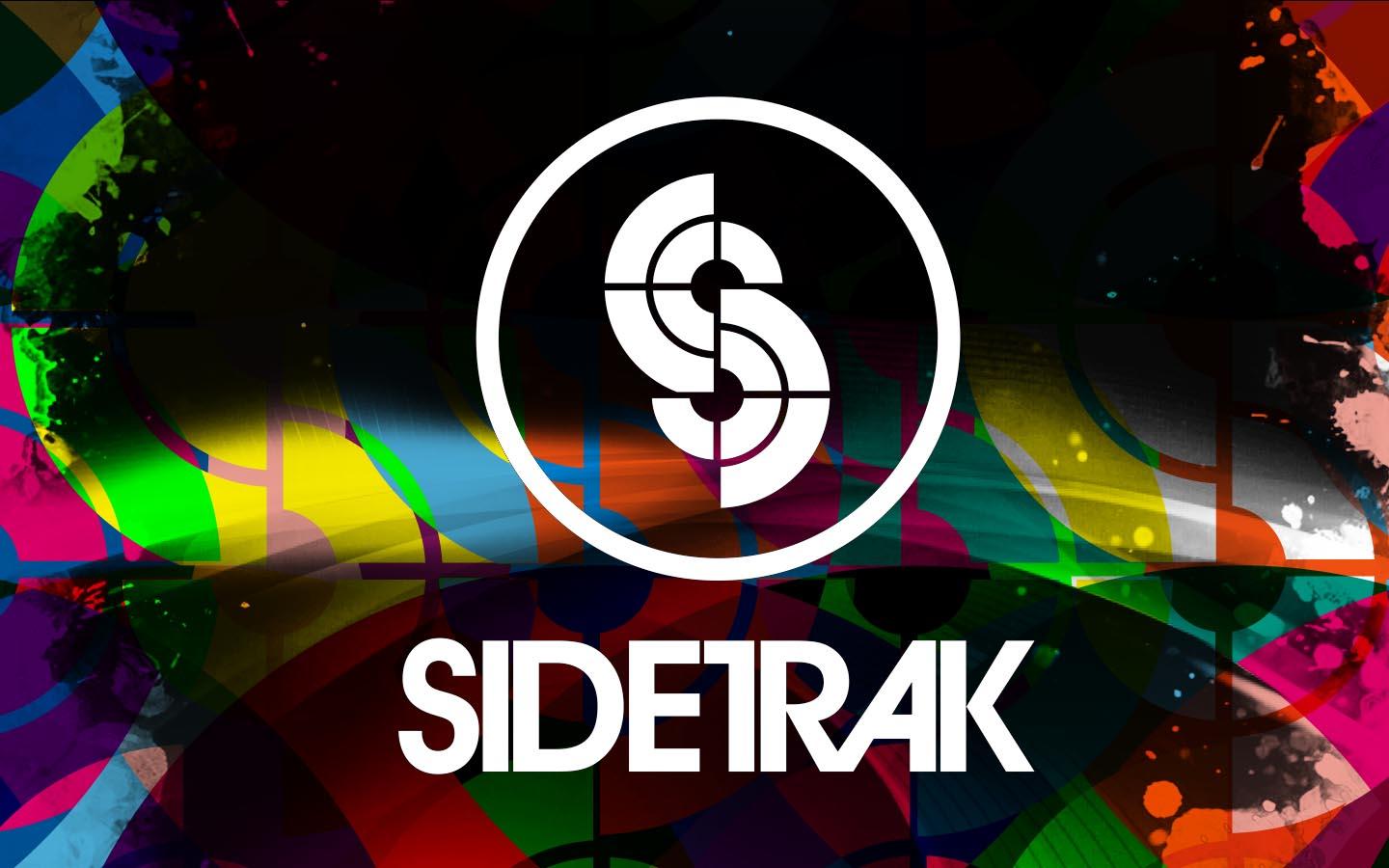 Chiffvone: Hey Karl, thank you joining me for a few questions, firstly describe yourself in one word?

Karl: Hey, thank you for having me! Well that’s easy: Attentive 🙂

Chiffvone: And where in the world are you based?

Chiffvone: Tell me a little bit about Sidetrak Records – Your label?

Karl: Sidetrak was originally set up in 2006, but quickly took a back seat due to other commitments at the time, roughly six years later in 2012 I met with my friend & now label partner Paul Johnson and we both chatted about Re-launching it. Our first release was ‘Compassion Love’ February 2013 & our most recent release ‘Sunrise EP’ by “James Silk” which is our 25th Release now, the label is a Digital Label although we are looking at releasing some Vinyl.

Chiffvone: Nice ok so I hear you have more than one label what other labels are you involved in?

Karl: We were involved with a label called Anticodon www.anticodonrecords.com

The label is based around Art / Music & Film with the Genre of music being very different from your usual 4-4 House, taking inspiration from artists as diverse as Modeselektor, Deerhunter, David Bowie, Agnes Obel, Lindstrom, Prins Thomas & Moby etc. If the Readers get chance have a look at some of the wonderful music videos on the Anticodon website.

The other label Attic Jam was set up as a small project to release some of the demos we were getting that we liked but were not quite Sidetrak material. We have a friend on board who helps with artwork etc  “Scott Featherstone” a true old school house head with some good skillz in the studio. It is still only early days with Attic Jam compared with Sidetrak but its nice to see it slowly growing.

Chiffvone: Sounds very busy! How did you become a label owner and what other hidden talents do you have?

Karl: In 2005 I wrote a track with some friends Andy Martin, Simon Lilleker & an M.C from Miami called Cojack the track was  called “Shake” under the name “Off The Cuff” which after some help from another fantastic producer called “Primo” it eventually got signed to Soulfuric Recordings in Miami, I guess this gave me some inspiration to set up & run my own label plus I have a large vinyl collection at home so I think following all the labels for many years & having a passion for music had me interested.

Well I have been a surfer for over 30 years now and have been blessed to travel the world surfing many different waves from freezing cold bonnie Scotland to the warm waters of Indonesia & western Australia, I can still Breakdance & bust the odd windmill and head-spin here and there although last time I tried I nearly broke my neck lol. I try and do a bit of magic now and again as well but I’m still working on that ha ha I also do all the in-house video mash up teasers for the label, I love filming and messing around with the my camera kit / software & editing.

Chiffvone: (Laughing) Ok so maybe no more breakdancing! You’re a DJ and Producer as well as a label owner which came first?

Karl: I definitely started DJin first, I used to attend the B-Boy Break-dancing events with my crew P.S.B (Pro Star Breakers) up down the UK & close to home in the Middlesbrough Town Hall in the 80’s & 90’s and would watch the DJs spinning all the old original Electro Street sounds music i.e Africa Bambatta / Hashim / Grandmaster Flash / Man Parish / Aleem /Roxanne Shante etc so I bought some Technics dex when I was 18 and was instantly hooked on playing them. I used to roll out of bed in my pajamas switch them on and spend full days messing around learning how to Beat Match etc.

The studio sessions came not long after when my friend Si introduced me to the software called performer “Digital Performer” which was released I think in 1985 two years after Midi was introduced. It was the first type of software that would communicate with synths & drum machines and kind of worked as a bridge between the computer and studio kit. It had a built in yamaha dx7 which was a nightmare to program & only patchable using a clunky LCD display, I think we take for granted the advanced processing power computers have now. Eventually we moved to Karl Steinbergs “Cubase” on the Commodore 64 which back then it did not come with Midi plugs until the rival Atari St came along which had built in Midi ports.

Karl:  1) The Glitz – Nice Guys (Yousef Circus Rework) played this recently on our yearly Sidetrak v So Funk Summer boat party and it went off!

Can I just add  DJ Rolando – Jaguar – Great to see this track Still doing the rounds after nearly 17 years from it’s release date in 2000, I heard Lawler / Sven vath at cocoon in the park and many other’s playing it in 2016

Chiffvone: Nice selection! Tell me what has been your highlight of your DJ career so far?

Karl: Ooosh would either be playing in Portugal at the Fusing Culture festival main stage in front of 2000 people or playing in Estonia for a night called “Hype The Funk” in an old Cinema converted to a club, cracking venue with an amazing crowd. 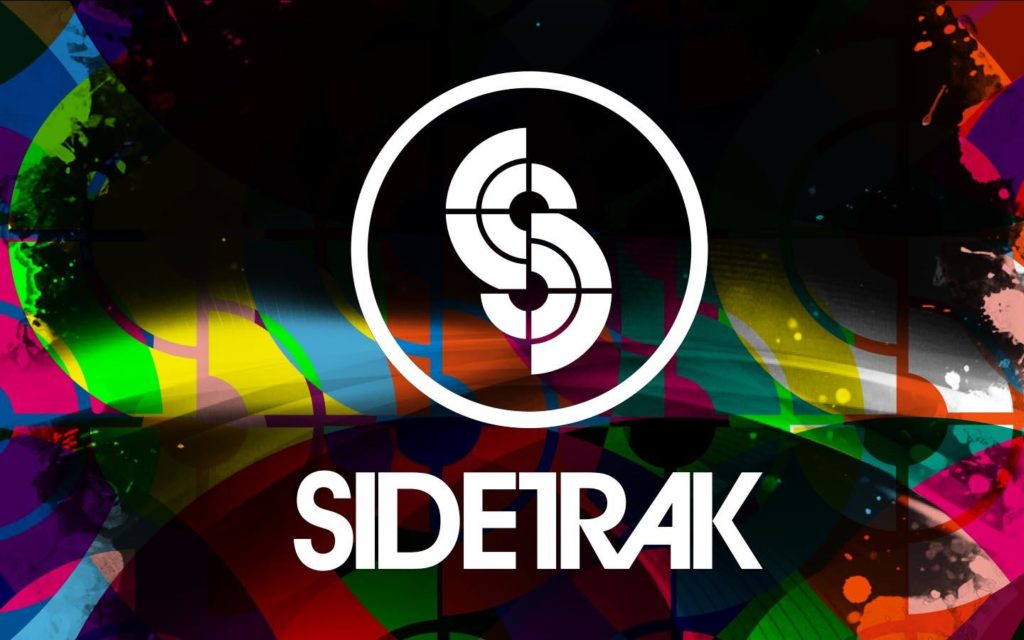 Chiffvone: So Karl, when demos get sent though to your labels, what are you looking for and is there anything that like makes you cringe and say no straightaway

Karl: When we receive demos you can usually tell straight away if the track is good. Some tracks might grow on us the more we listen but its usually first impressions that we pick up on. I think all the different elements have to come together i.e. Production / Clarity / Arrangement / The Hook / melody /Dynamics / Bassline & overall the full track and how it makes you feel. We do get some terrible demos sent that would give people nightmares lol and alongside that some real cringey Biography’s. We had a guy last year who sent us 10 tracks all were absolute garbage & the funniest Biog which was like a 500 word essay stating every track he made was an instant hit – had us in stitches at Sidetrak HQ.

Karl: Yes we are!

Chiffvone: What kind of studio set up do you currently have?

Karl: My home studio I have my beloved Roland System 100 keyboard and matching Roland system 102 modular expander (I bought this from the London Science Museum) Moog Sub 37 / Roland sh-101 / Novation Bass station 1 / M-Audio Axiom pro midi keyboard / Focusrite Liquid mix / Krk Vx8 monitors / UAD / A silly amount of plug inns from waves / Neve / SSL etc My Technics dex and thousands of records which are slowly taking over the room, I mainly use Ableton & Logic some times both of them slaved together and rewired but I tend to always go back to Ableton.

Chiffvone: Sounds fun! If you were stranded on a desert island which 3 DJs would you like to be stranded with and why?

Karl: I think I would definitely have my friends Simon Lilleker, Denney & maybe some one like Andrew Weatherall spinning.

Chiffvone: What are your thoughts on the UK Club scene at present?

Karl: That’s a good question and very hard to answer especially with the recent closure of Fabric. I have been lucky enough to see it from the early house movement in the 80’s right up to the present date & I think the club scene has changed dramatically alongside the music but not in a bad way. The UK club scene and people are still having it large and there is absolutely stacks of unknown DJs putting on quality nights that no one has even heard of and then there ar promoters like Dave Beer who runs Back to Basics in Leeds still going strong and in to his 26th year running his night. My local clubbing spot now is called Riff Raff  a small low ceiling venue they call the dungeon which is ran by a friend called Lee Pennington who has been putting on some amazing guests over the years. The Atmosphere and local crowd are 2nd to none and the funny thing is this is actually the same venue where I used to run my night and a 5 year residency called Dusted at The Purple onion Venue, weird knowing I was the first person to ever play a record down there and never thought back then it would still be going strong today. I do think the Government & big wigs need to recognise the UK clubbing culture is big & embrace it more, especially when you look at places like Berlin etc 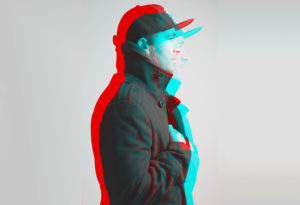 Chiffvone: Yes it is a very interesting topic! So what is your fave club and why?

Karl: That is so difficult as there is so many good venues. Obviously every one loved ‘Space’ Ibiza back in the day when the original terrace party’s were happening with Alex p & Brandon, I had many good days & nights at Space. The 2nd time I ever went to Space on Sundays I was sat on the steps at the back & some one passed me a bottle of Vodka they had smuggled over the wall ha ha I remember having a quick guzzle and then all of sudden next thing I know I am getting escorted out of the club by 3 rather large bouncers, they told me never to return again. The following week I turned up at the door with one of them plastic nose moustache and glasses disguises on ha ha. I got in no problem but I think if I had to pick my favourite club it would be The legendary Sugar Shack aka Middlesbrough Empire, Built in 1897 as a music hall. The Empire had played host to a variety of performers including Charlie Chaplin, Laurel n Hardy, The Scissor Sisters, The Arctic Monkeys & Kasabian. My good friend Barry Faulkner bought the venue in 1991 and transformed the building in to one of the countries finest venue/nightclubs, they used to put on all the big names from Tongy  / Carl Cox / Paul Oakenfold etc so it quickly became our stomping ground; 3 rooms of music & a big hefty sound system was a perfect recipe for a big night.

Chiffvone: Sounds like some great space memories for you haha! What is next for your labels, any releases due soon?

Karl: We have some excellent releases lined up for the new year which I am excited about, including an artist from Lou Lou players who played this years Sonar festival. We have a 3 track release coming from the amazing Headnodding Society and a whole bunch of tracks & EPs from new up & coming talent – A couple of tracks from my self & label partner Paul.

Chiffvone: Sounds Great, I look forward to hearing them all 🙂 Thank you again for taking the time out!

Head over to Facebook and check their page out: Sidetrak Records 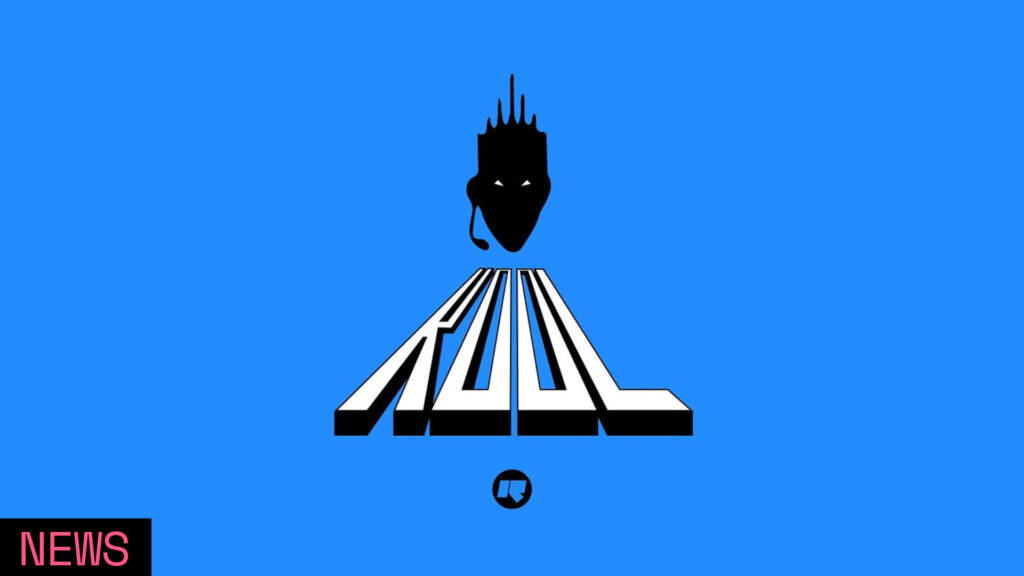 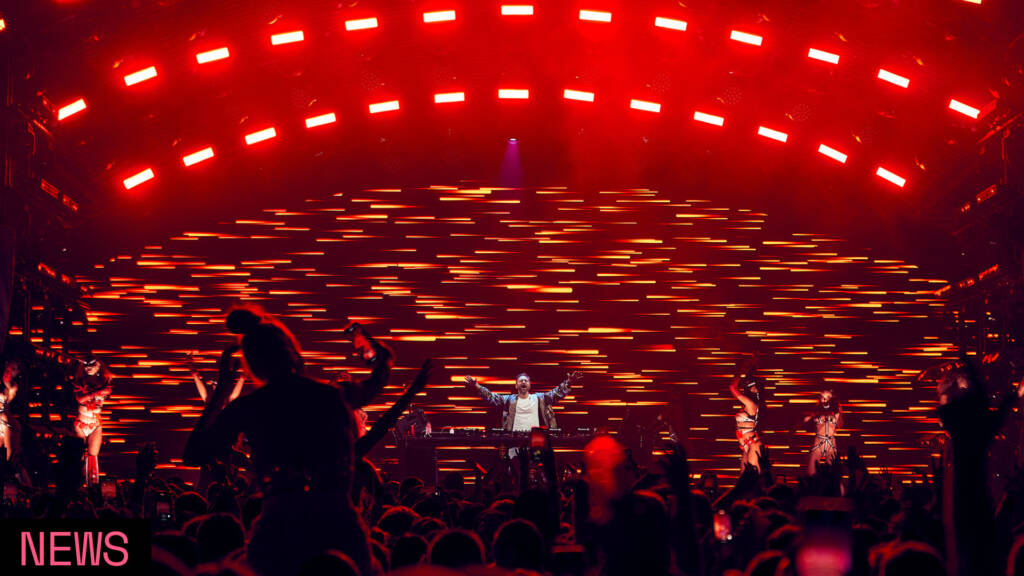 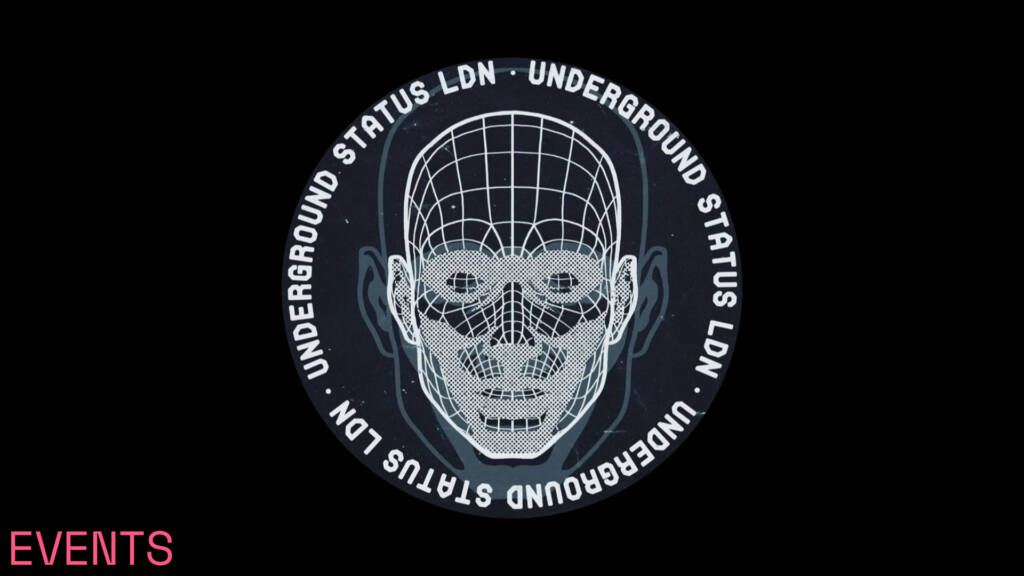