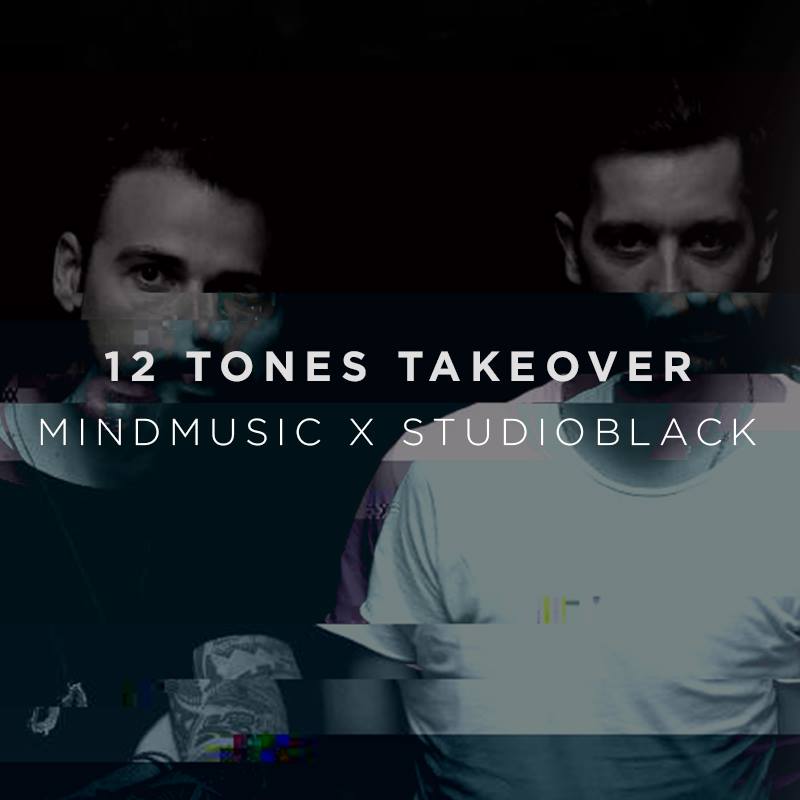 Something brand new for Mind Music as we collaborate with StudioBLACK to bring you Artist Takeover.

Chiffvone: Hello guys so I may know who you are but for our readers/followers, please introduce yourselves in one sentence?

Chiffvone: How long have you guys been a duo for and what made you join together to become 12 Tones?

12 Tones: We became friends in the year of 1996 and for many years we have lived in our hometown of Pirgos in Ancient Olympia land, Greece. After many years of both of us DJin and producing separately in 2008 we decided to join forces and make our new brand – 12 Tones.

Chiffvone: Oh nice! I’m very interested to know how big is the House & Techno scene in Greece and what club or clubs would you both recommend?

12 Tones: House & Techno music in Greece is standing worthily on the worldwide dance scene movement such a great producers and interesting Festivals such as: Reworks in Thessaloniki and Techniques Blend in Athens.

Chiffvone: This year well actually just recently you joined Blueprint Artists, how did that come about?

12 Tones: We feel pretty honored to announce our collaboration with the Blueprint Artists Agency roster. It is really amazing news for us and we feel excited about it.

We are humbled to be featured alongside such a talented group of artists. It was a long time of patience, hard work in the studio and loyalty in our productions and of course DJin performances.

Chiffvone: Congratulations guys on the agency! You’ve managed to release on some pretty decent labels this year but name your top 3 labels of 2016?

12 Tones: That’s a good question and very hard to answer because there are a lot of favorite labels.

Some of the faves are: Desolat, Cadenza, Mobilee and Moan but in the year of 2016 we have singed and released on labels such as : Cyclic Records, 100% Pure, Area Remote, Little Helpers, With Compliments, Innocent Music, Tip Tap and Krad Records. We have been really happy to collaborate with these absolutely respectable labels.

Chiffvone: Some great labels there! I hear you guys also organise parties in Greece, tell us a little bit more 🙂

12 Tones: Yeap so for many years now we have been organising various parties, festivals and events to this day under the name of Dance Wonderground Productions which take place in various parts of the Peloponnese/Greece with great success.

Chiffvone: What is your current DJ set up at gigs?

12 Tones: Usually we bring together for our performances like vinyls, cd’s, usb’s, MIDI controllers, Audio Interface, Macbook Pro and Tracktor in association with the DJ booth equipment such us : PIONEER CDJ 2000 (CD PLAYERS) , TECHNIQES SL-1200 MKII , ALLEN HEATH XONE 62 OR 92 (MIXER). This is the best way for us to killing the dancefloors 😉 (xaxaxa)

Chiffvone: So quite a bit then haha.  Where would be your No1 city to play in and why?

12 Tones: We think that one of the best places to play is in the UK and especially London. Everything is cooler in the UK and the London nightlife scene is where it all comes together.
Basically everything dance music-related happens there first. They’ve got really good programming, great venues and festivals take place there. It’s down to the vision, talent, creativity and hard work that the UK electronic music scene is still a major player on the global stage.

Chiffvone: Do you guys have a home studio set up or rent somewhere and what is your fave toy in the studio?

12 Tones: Yes we have our own studio in a really wonderful place with amazing view at the westin south coast of the area of Ancient Olympia.

We have a lot of toys but we love to play live percussion’s with the electronic Drum kit Roland TD-11K-S V-Drums. 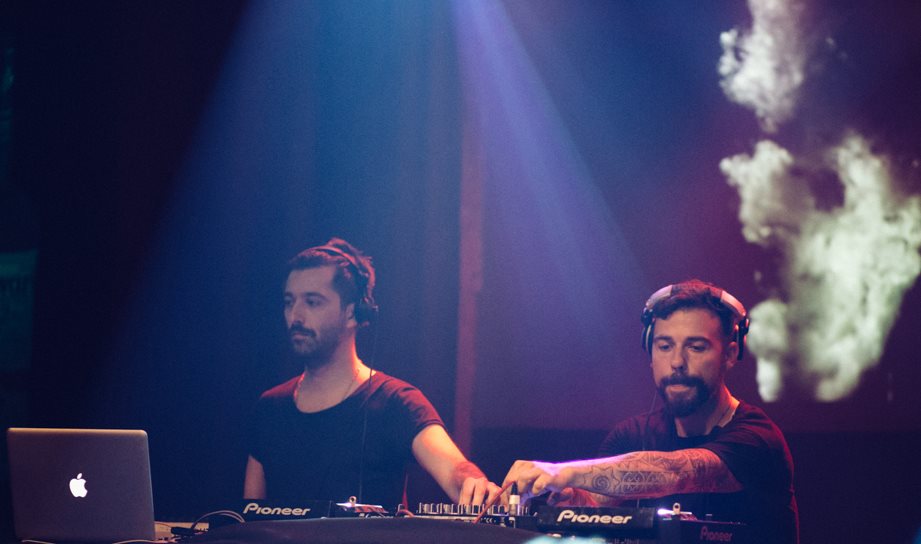 Chiffvone: 2017 is just round the corner, do you have anything in the pipeline in terms of new music or events?

12 Tones: Sure we have a lot of upcoming releases and gigs around 2017.

Some of our forthcoming releases are on Related, Innocent Music, Krad Records and we have gigs around the world in places such us:
Brasil, Argentina, Zurich, Berlin, Hamburg, Limassol, Athens and around Greece.

Chiffvone: Woah sounds like 2017 is looking crazy! Thank you for being our first DJs to takeover Mind Music and for the exclusive mix also 🙂

12 Tones: Thank you for having us! It has been great!

If you want to find out more about 12 Tones, head to their Facebook page! 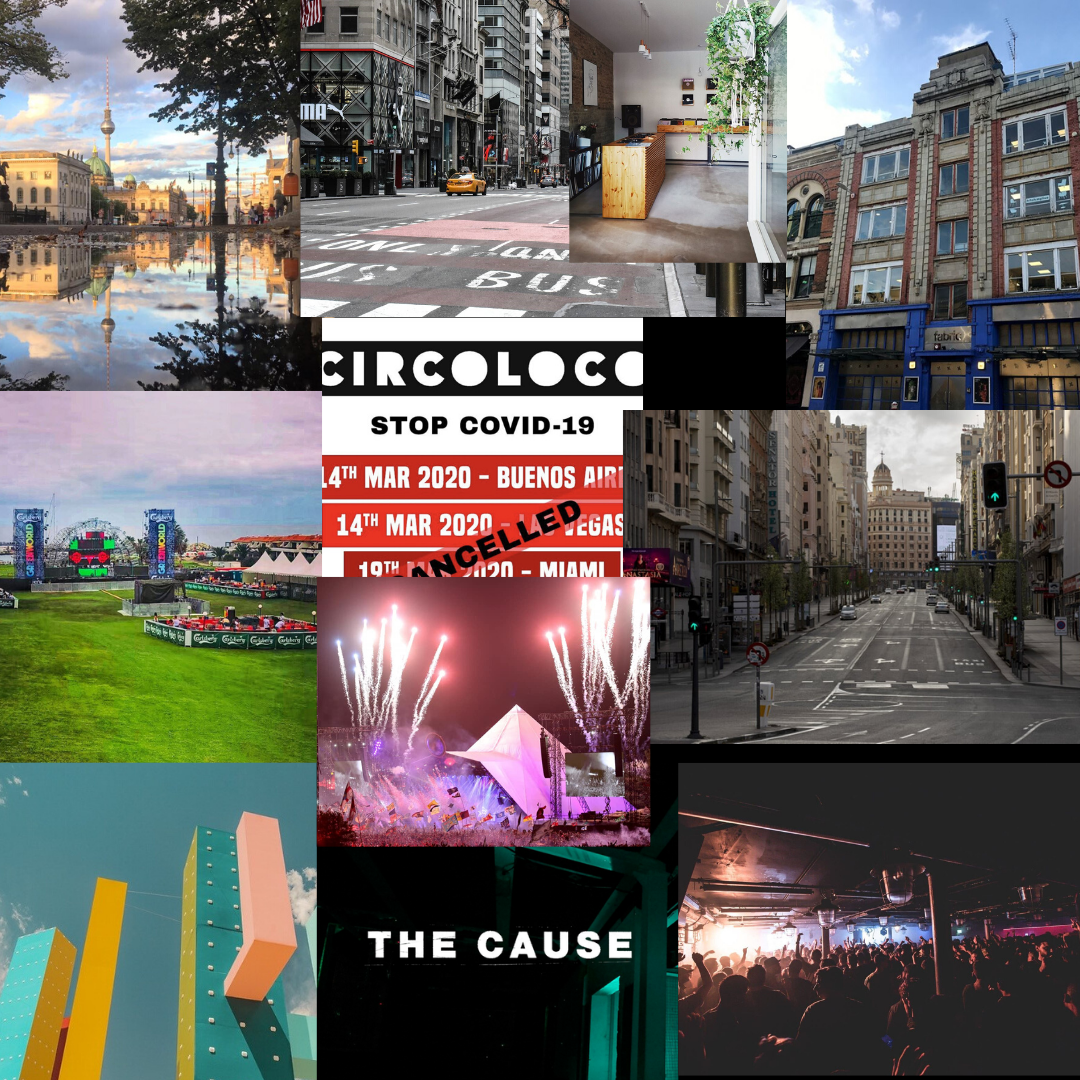