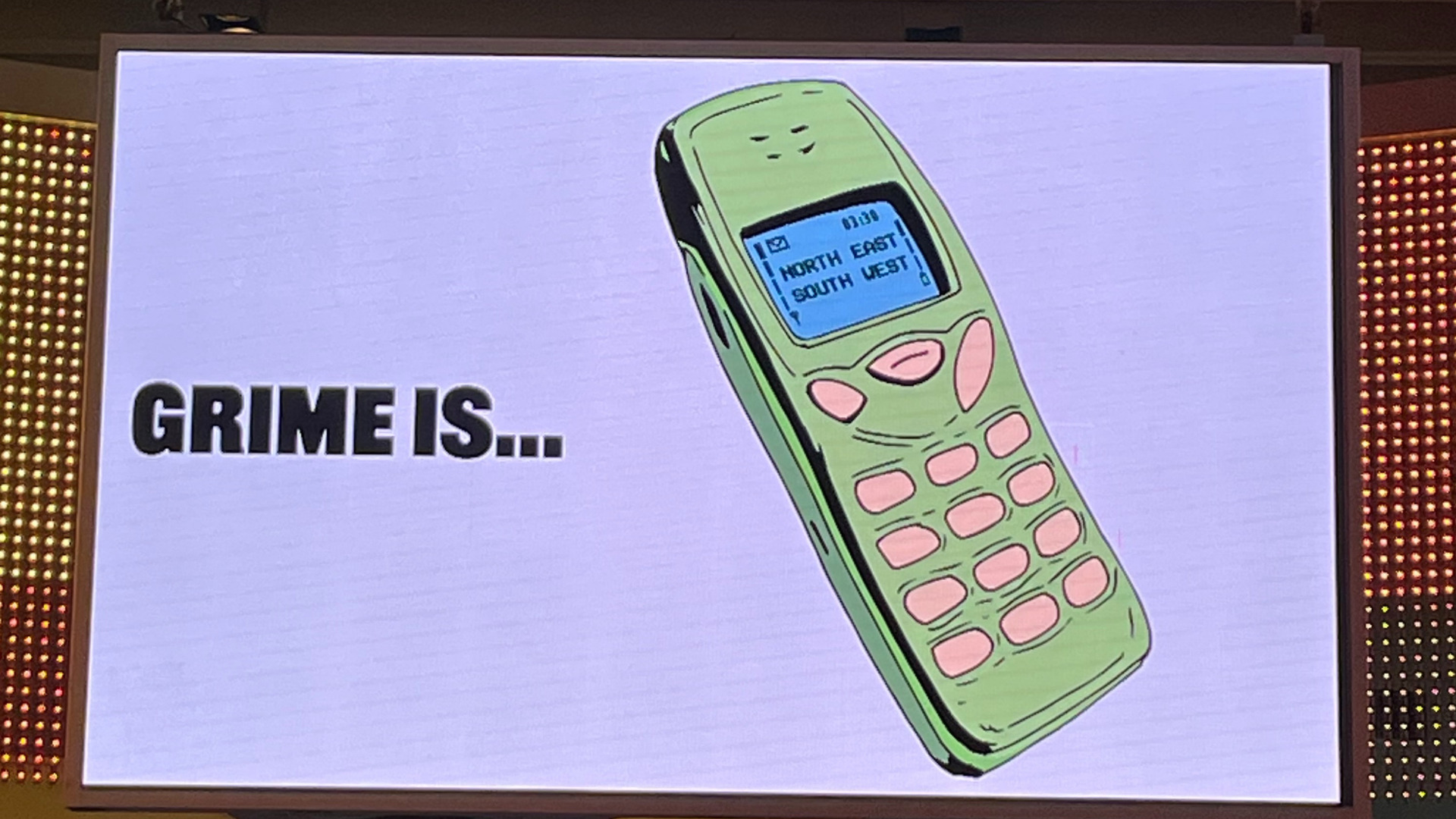 Honouring the music, culture and people central to the grime scene

I finally went to the Museum of London in Barbican last weekend to check out the Grime stories: from the corner to the mainstream exhibition. 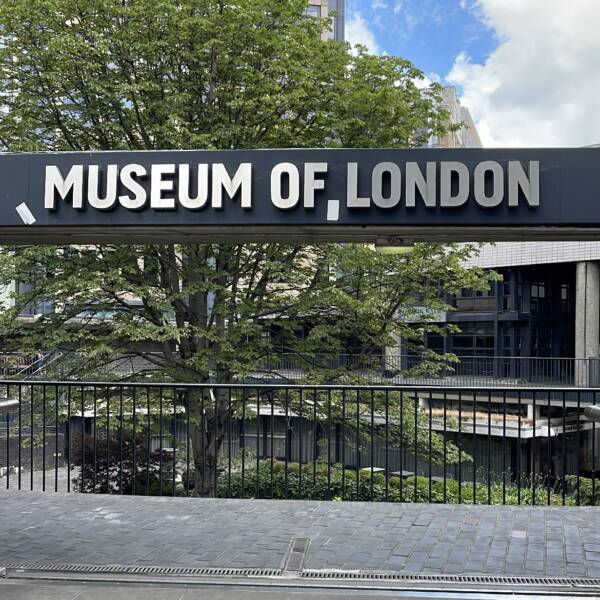 Upon entering the museum, I was advised which way round I should follow but here is a tip, if you only want to visit Grime Stories then head straight through to the left & down the stairs.

The display is located on the ground floor which was quite fitting as it felt like it was disguised in an underground set-up, similar to someone’s basement.

On entering the first thing that caught my eye was the bright and colourful art wall design by Willkay featuring a view from a council estate with Canary Wharf in the background, showing the wealth on one side and the working-class on the other side.

“Grime emerged from the tower blocks of east London in the early 2000s.” 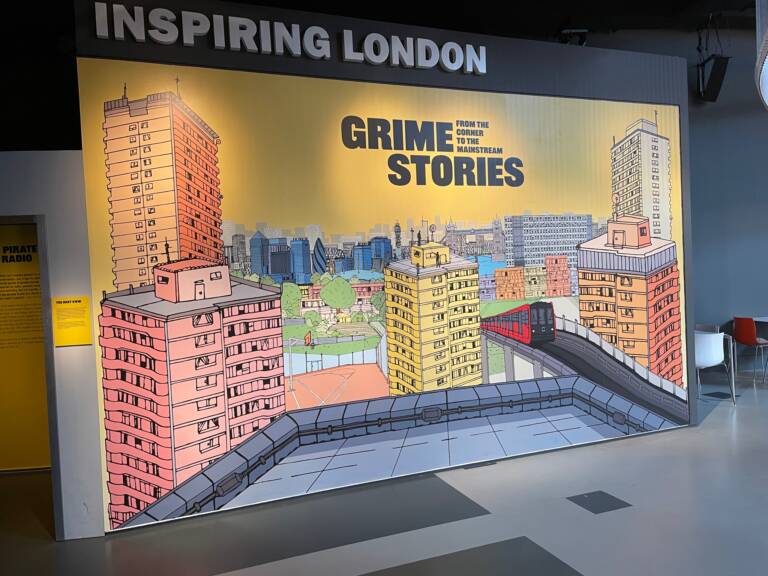 My first stop was the pirate radio section, which is located next to the art wall shown above. I walked into the lift and found myself back inside an estate tower block, which led me to reminisce for a while as funny memories from my old estate popped into my head. 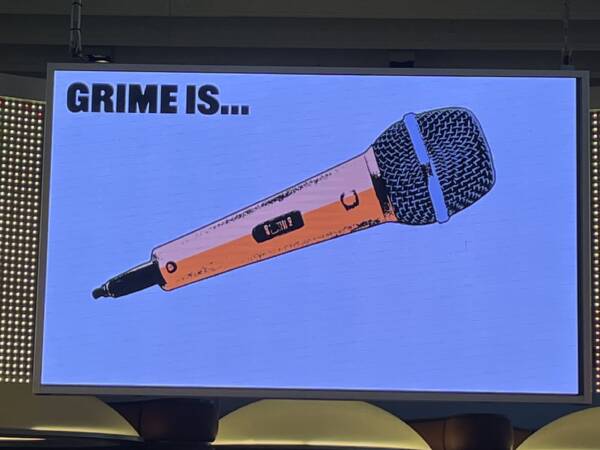 The lift display included many screens on three walls that showed old video footage of MCs and DJ Slimzee climbing to the top of his tower block.

One screen also had some headphones so you could listen without distractions.

Pirate radio was really a key stepping stone for the scene since it provided a platform for uncensored music, was aimed at young people, and was self-funded.

The next display was a documentary featuring Roony and if you don’t know who Roony is, he is “Risky” of Risky Roadz DVD series and co-curated the exhibition.

You’ll see Roony in his black cab, meeting up with artists and retracing the steps he took to produce his DVDs. 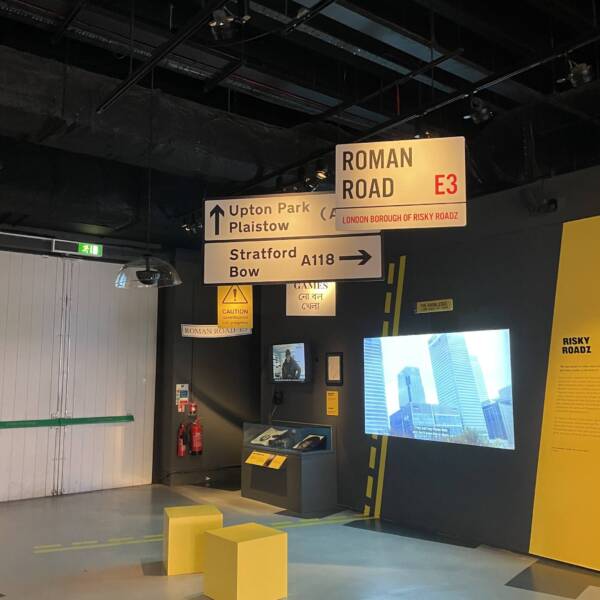 Next on to the huge screen at the rear of the exhibition which shows a short film following emerging artists from East London exploring the experience of young people today and this is reflected sonically in the music they are making.

“Gentrification is presented always as a positive process of making areas better… If young people can’t come together, if there are no youth clubs, if they can’t be on the street corners because of ASBOs and behaviour orders, then where do they go? And how does the music happen? What is the sound that’s going to come out of the places that are gentrified?” – Dr Joy White 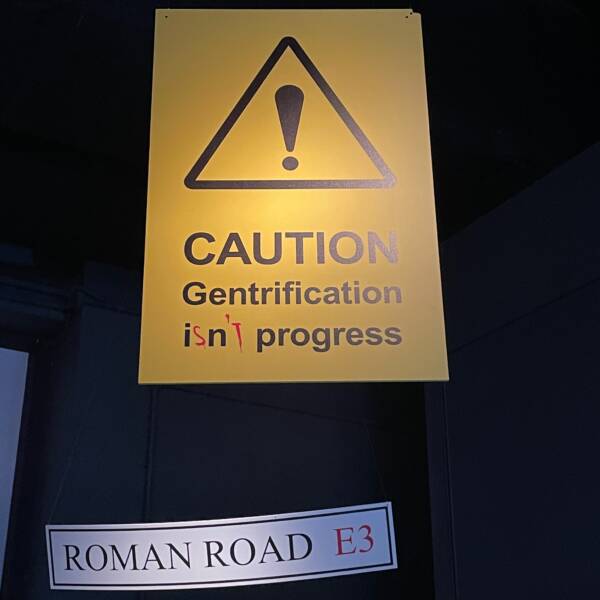 The final part of the display is a corner replicating Jammer’s Basement.

You get to see graffiti and tags penned from over the years and a short video that establishes the identity of what the basement aka ‘The Dungeon’ really means. It also features Jammer’s parents who go into detail to explain their house in Leytonstone wasn’t just a place where careers were started but a safe location to keep the youth off the streets. This display being shown at the Museum of London reaffirms the strength of the genre and culture.

It was amazing to see this exhibition and the amount of work needed to put everything together is also impressive. Seeing the various items, the basement set-up with all the MC tags along with the handheld camera and mic Roony had to go film – was a great experience. 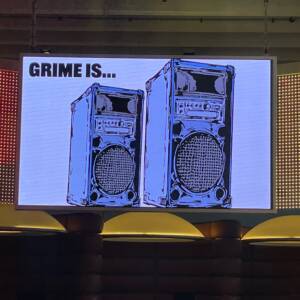 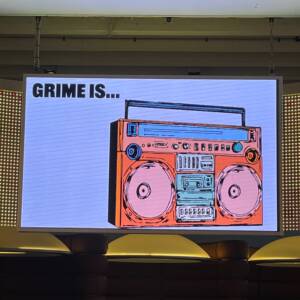 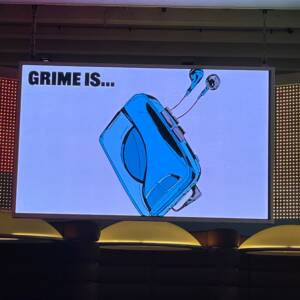 My only criticism is that it’s too small/short in a single location, but that’s as near as some people will get if they didn’t grow up in this era or witness the birth of grime first hand.

The exhibition is free and on until December 2022, click here for more information.

This is super cool!

Thank you, glad you enjoyed reading 🙂 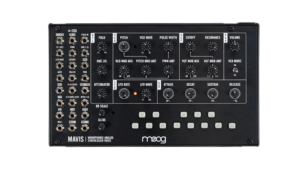 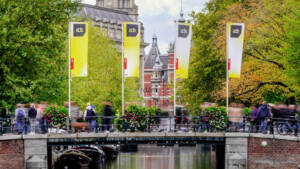