Village Underground is holding the official screening this month!

New Electronic music documentary ‘Raving Iran‘ is set to be officially screened on 27th April 2017 at Village Underground in London! 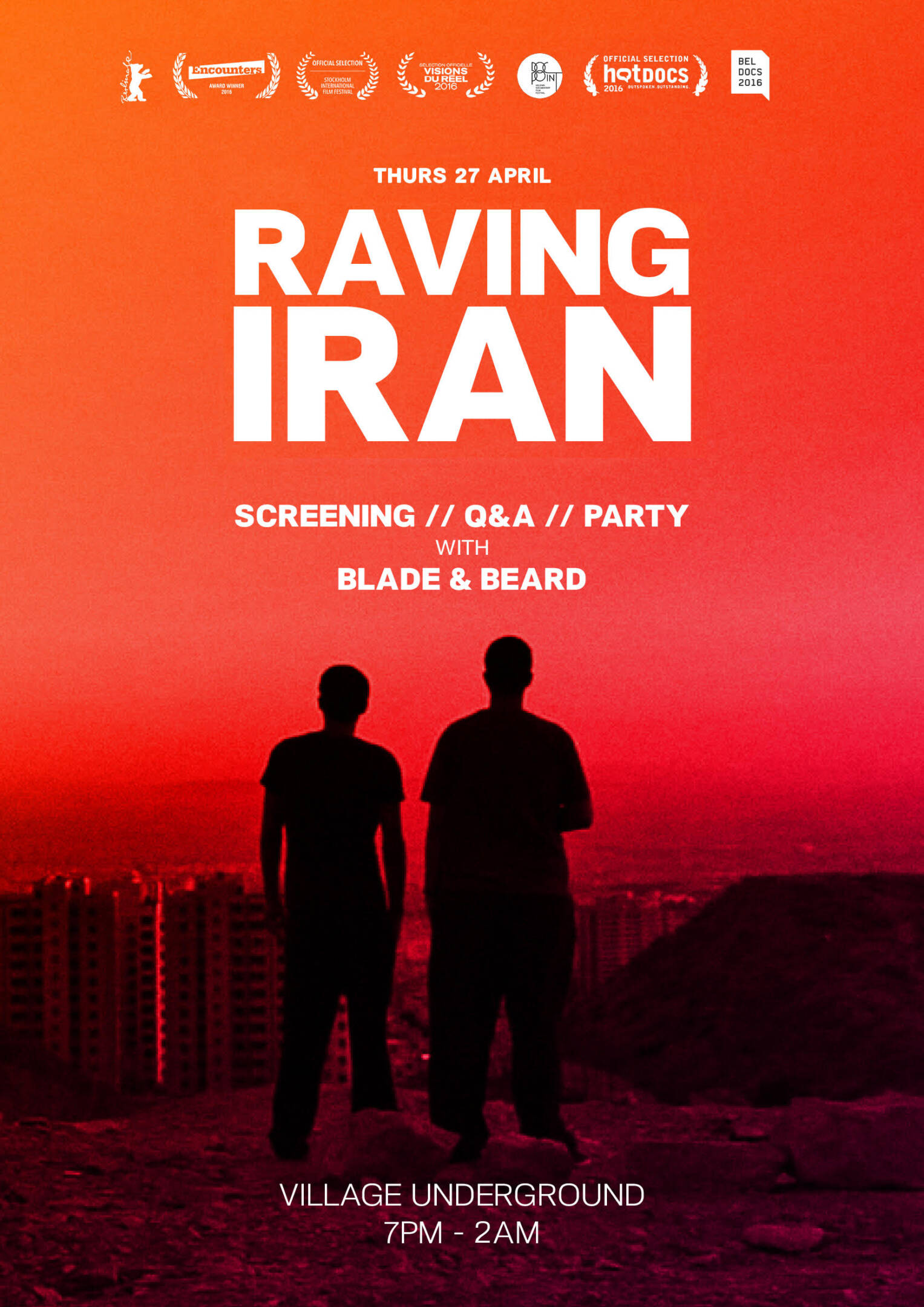 The documentary is based in Iran and goes deep into the struggles Anoosh & Arash faced for their love of Electronic music.

Following the screening there will be a Q&A session with Blade & Beard (Anoosh & Arash) and an after party with the DJs making their first ever  debut UK appearance.

Tickets are already on sale and all proceeds will be going to Amnesty International and Crisis.