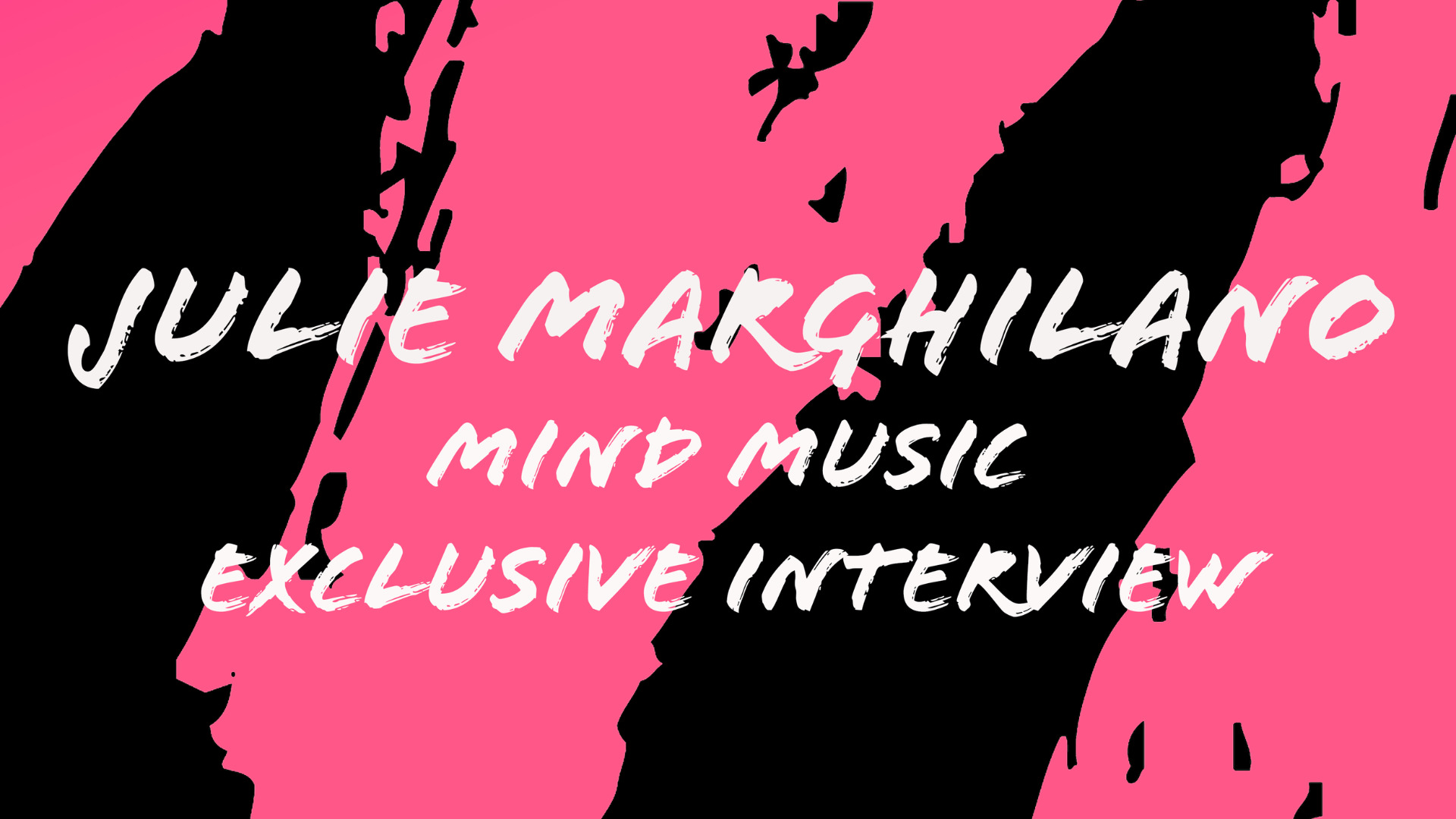 Born in the US but now very much settled in Berlin, Julie Marghilano is our next guest in the hot seat discussing the industry, her new productions and what its like to be a woman within the music world

Krystal: Hey Julie and thank you for joining me for an interview, how’s it going lately?

Julie: Things are a bit more steady and I am feeling inspired again after this long period of difficulties in pandemic times. Thanks for having me.

Krystal: How long have you been writing/producing music?

Julie: I started producing with other people in 2002 then I ventured on my own and really went in a more deep learning mode when I was living in London and even more so when I moved to Berlin. I was very inspired when I came here so it pushed me to learn everything I could about production.

Krystal: When did the cross over into the dark side aka electronic music happen (lol)?

Julie: When I was living in Italy. The late 90’s were a wonderful time in electronic music history for Italy. There was a great US influenced house scene and there was really the ‘dolce vita’ because we had the Lira, so everything was affordable.

There were club nights every night of the week and the most famous was on Monday. I thought I died and went to heaven haha. 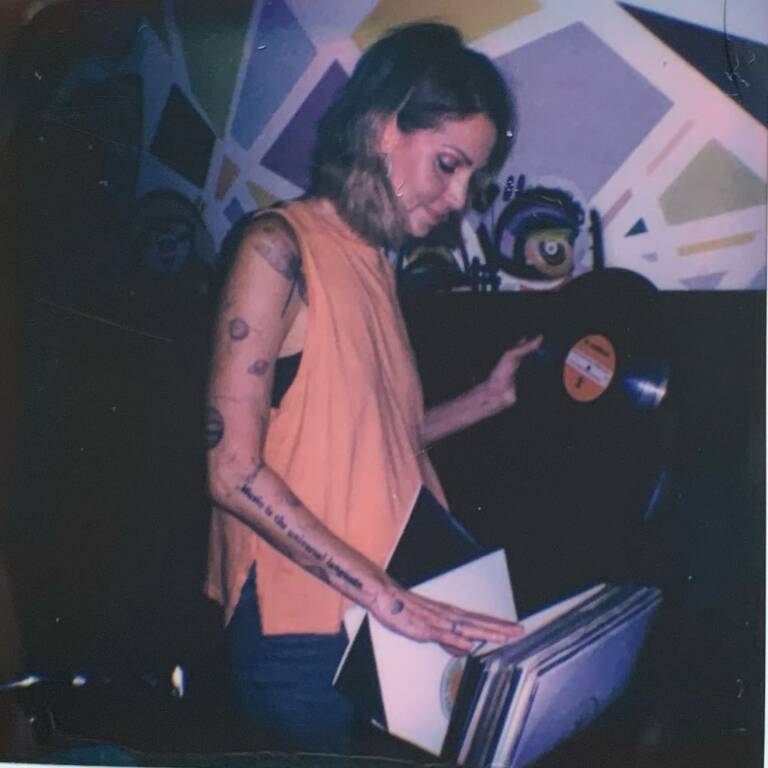 Krystal: Lol, sounds like a lot of fun. Who were your musical influences when you were growing up then? Do they still influence the music you make today?

Julie: Growing up I listened to a lot of different genres but I was always passionate about dancing and electronic music. I listened to kraftwerk, George Clinton and anything break dance bad boy friendly still influence me today.

Krystal: How is it to be a woman DJ/Producer in the scene, are there advantages & disadvantages?

Julie: I am not sure of the advantages because I was one of the first women in this scene and I can only say, the boys never liked me and made it as hard as possible.

I can remember when I started I was doing a hybrid set of playing violin and DJ’ing in Ibiza at Space and a well known DJ at that time named Oliver broke my violin in half on purpose because he was jealous.

These are the kinds of things I had to endure but, in the end, it helped me become kind of unbreakable, so I turned my hardship into intense learning experience.

Krystal: Oh wow, what an ar**. Tell me about your studio setup like where is it located and what is your favourite synth hardware or plugin?

Julie: I have my studio in my apartment. I like to have my gear near so when an idea comes, I have my setup.

I like to change machines once in a while. It keeps my curiosity and inspiration flowing..

I recently got the Synthstrom Deluge and an Elektron Rytm. Both have been pushing me to make a lot of music lately so that is my ultimate goal.
They are my favourite additions at the moment until the next obsession 🙂

Krystal: I want to touch on Berlin as you have travelled & lived in different places, what made you settle in Berlin?

Julie: I came to Berlin after living in Italy and then London. I moved to Berlin after a very musically inspiring weekend 12 years ago, it really was the mecca of quality music, never ending nights and it gave me a sense that anything was possible.

Berlin inspired me to make my party’s & label’s (Sol Asylum, Gravity and Relative Positivity) and become the artist I am today.

Krystal: I am looking forward to the next Gravity party! You run the label ‘Sol Asylum’ which has had some quality vinyl & digital releases so far, why did you start a label?

Julie: I started the party SA first because at that time I was going to Berghain religiously every Sunday and they would have one good artist and then 5 that played a totally different genre of music so most of my friends in the industry and I would be quite frustrated at a certain point, so I decided to start my party, Sol Asylum, as a Sunday open air. This concept didn’t last long as the weather is too unpredictable in Berlin but after doing my party at various clubs, I was lucky enough to be able to have it reside in Club Der Visionaere/Hoppetosse.

The concept was to make lineups that made sense where a genuine music loving crowd could dance from beginning to end. It seems like a simple concept but at that time, I just didn’t find a cohesive situation anywhere.

Music for your mind, body, and soul I always say is the best 😉

Krystal: And for those thinking of starting a label, what is running a label like?

Julie: I have always done everything for SA hands on, from writing press sheets, finding art, music, down to the distribution. My resident, Miss Jools gave me a big hand esp with the distribution, but I always had a hard time asking so I would usually be running in 3 directions by organising the label and the party at the same time.

Running the label has been a big learning experience. I have definitely learned that it’s not a good idea to do everything by myself and that it is important to have artists and people around you that keep you motivated.

Krystal: You’ve just dropped a new UK Garage style EP ‘Small Hours‘ by L&F on the label (Great EP), how did that come about and what’s next on the release schedule?

Julie: I first heard Ali (L&F) in the 60waves store in Berlin. He was playing a DJ set for an event, and I was blown away by the quality and I could not stop dancing. Organically we started seeing each other in the store and then we exchanged some music, and this EP was the result.

I feel that he is just as dedicated as I am to his art so that was a natural choice for the next SA release. It’s not always easy to find skilled producers that are just as talented at DJin but I really think this is the best combo. The next release will be mine then there will be an album from Pressure Point.

Krystal: This exclusive mix ‘MINDCAST 012‘ you’ve supplied us with (thank you) how do you prepare when you need to record a mix, do you have a process, or do you dive straight in?

Julie: I have been making a lot of live jams lately in my studio and I am not the best at finishing the sketches so I pushed myself to go into unfinished ideas, made 8 new ones and forced myself to make fast arrangements that could work in a mix. Some are full tracks, and some are really just sketches but nevertheless, I hope you will appreciate the musical journey.

I would like the listeners to let me know which tracks are your favourite so I can release them on Sol Asylum!

Krystal: Excited to see which ones get picked. For those who want to hear you DJ out, which future gig/gigs would you say your most excited about playing?

Julie: I will be playing for the anniversary of Golden Records in New York on the 15th October. I will be touring the US and America in that period but there is always a special vibe with the Golden records crew.

For me, hands down the best party in NY so I am quite excited to celebrate their special day together plus I get to play with my bestie, Dana Ruh.

Krystal: And before you go Julie, where do you see the industry in five years?

Julie: I don’t want to be a Debbie downer, but I think it will be a very hard period for those of us who produce vinyl because with all the astronomical prices of raw material and energy, I am not sure how we will be able to sustain this art form.

I can only hope that the insta star DJs that don’t have the skills to back there followers will crash and true artists that have dedicated their life to music can shine. Not sure if that will be in our future but that’s my wish 🙂

Krystal: How will it have changed model-wise, if at all?

Julie: Humanity’s imagination and creative capacity is limitless and hard time pushes us to invent so I am quite sure that there will be other platforms digitally or physical outlets with more sustainable material in the future.
As for the industry itself, I hope the next big thing will be talent. haha

Thank you, Julie, for your time and mix.

Run, Haus invaders, Feel the rush and Can’t give up, 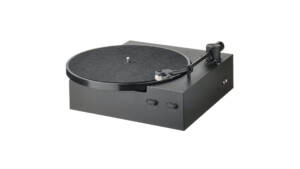 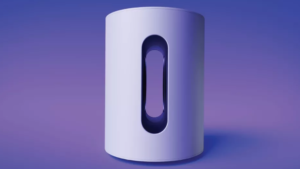